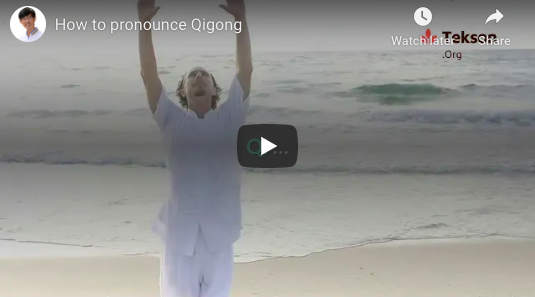 How to pronounce Qigong? Although qigong has become more popular, but many people cannot pronounce the name correctly. This is because the consonant Q of Mandarin has no equivalence in many languages, including English.

How to pronounce Qigong? It sounds like a weird question. Everyone who practice the exercise must be able to pronounce it correctly, right?
Unfortunately, this is not true.
I hear many different pronunciations. Some people pronounce it as kee-gong, and others pronounce it as Chee-gong. Which is correct?
Well, strictly speaking, neither of them is correct.
Watch the video to find out how it is pronounced.
Can you tell the difference? You may now be more aware of the problem.
You need to know that the consonant Q in Mandarin has no equivalence in many languages, including English. So if you think in terms of English, you can never get it right.

How to pronounce Qigong correctly? Know the consonant “Q”

To pronounce the word qi, you’ll have to raise the middle of your tongue to touch the roof of your mouth.

When you make the sound, let go of the tongue. So the air of your voice split the roof of your mouth and your tongue, and produce an aspirated sound.

How are you doing?
Now, let’s look at the second syllable: Gong.
This is easy. Gong. It sounds like the English word gong, although it is a bit harder than that: Gong.
Do it right, and impress your qigong master with the correct proper pronunciation.

A lot of confusion arises because of the different phonetics notations used for the Chinese language in the West. The Wade-Giles romanization system used to be the dominant one. It was a de facto system in the early days for notating the Chinese words.  So qigong used to be known as chi gong or chi gung and a few more variations.

With the rise of the new China, the Pinyin system has become the standard. It uses a different notation system. As a result, qigong is now the translation to go for. By the same token, the life energy, which was known as chi, is now known as qi.

In other words, qigong is also known as chi gong and chi gong, and many other names. The translations are not wrong. It all depends on the system that the translator follows.

Similarly for a tai chi. The word Tai chi is the de facto translation of the ancient martial art. If you were to follow the pinyin system, however, it should be written as taiji.

Sign up for our newsletters to be updated on the online events and training programs for qigong.  Click here. 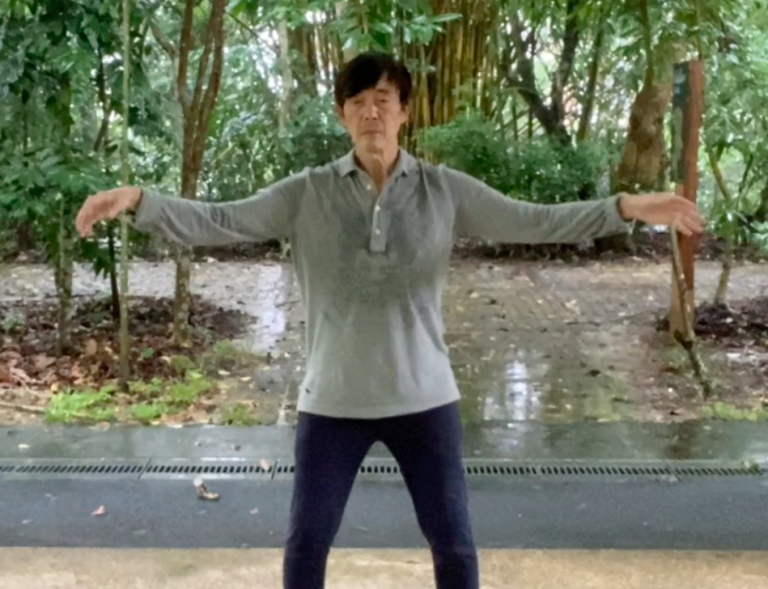 There are already many morning qigong exercises available on the Internet. Why do I come out with another one? First of all, it is for its simplicity. As a qigong sequence, the Five Elements is easy to pick up. You can learn it in half an hour. After that, just five minutes a day for… 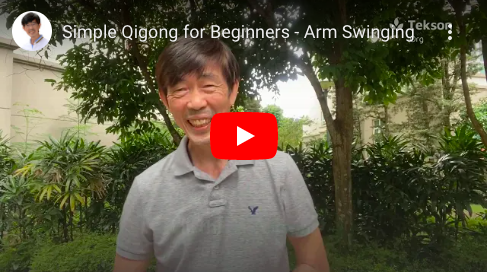 Ping Shuai Gong English Explanation with video demonstration by Shifu Tekson Teo Ping Shuai Gong is a qigong exercise that is as simple you do nothing more then swinging your arms. Furthermore, it is so easy you can learn it in 10 minutes.  Despite the simplicity, doing it consistently brings you impressive results. For the…